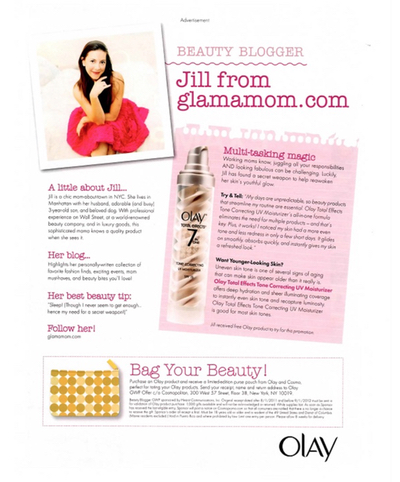 When I worked in advertising a “Chinese wall” existed between the advertising and editorial sides of the media business, meaning that just because your client placed an ad didn’t mean said client could expect positive editorial coverage (an article or mention in the magazine, TV show, website, etc.). Those days are long gone; today it’s all pay-to-play. In fact, with the advent of “advertorial” and “contextual advertising,” there is no line between advertising and editorial—it’s all mushed together, sponsored by brands and created by agencies.

When the brand itself is controlling the message, whether in advertising or in ostensibly “independent” articles in magazines and TV interviews, the information presented is biased. I can’t remember reading a critical review of a beauty product in a magazine. And how could it happen, when the same magazines doing the reviews depend on ad revenue from the brands being reviewed? It’s the dirty little secret of the contemporary media landscape, brought about as a result of the disintermediation of traditional print and broadcast revenue models by cable and the internet.

Beauty magazines, sponsored bloggers and talk shows are great venues to promote a product. They’re also expensive; the going rate to get on “Ellen” is six figures. If consumers weren’t influenced by these media, brands wouldn’t pay for them. Advertising works! But it's all smoke and mirrors; I was one of the men behind the curtain.

It’s strange to think how much I used to fantasize about getting huge when we launched the company during the go-go years of the first dot com boom. And we could be lots bigger if we had ever advertised. But we wouldn’t be any better. And to fund the money for ads (or “advertorial” or whatever it’s called now when a brand so often controls the media message) we’d have to shave costs in other areas like product ingredients. People who want to acquire us say that the initial investment would yield loads of new customers who wouldn’t notice the difference and we (and they) would end up making more money in the end. They definitely have a point. Except that we love the customers we already have. And if we got that big I couldn't take Waldo for a long walk every day.