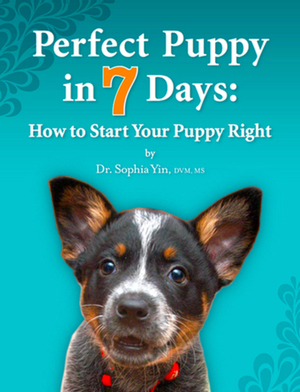 When we decided to get a dog Jack went to the bookstore, bought all the puppy books and suggested I read them. Having watched “All Creatures Great and Small” I didn’t need any help and instead got to work crafting exquisite puppy toys from vintage French upholstery fabrics.

Then I happened to glance at a few pages, it was either Cesar Millan or The Monks of New Skete (was Cesar originally a Monk of New Skete, then decided he wanted cuter hair and an earring and struck out on his own?) and got the distinct impression that raising a puppy isn’t like it used to be: play with it while it holds your interest, around 5 minutes, then leave it alone until you’re bored again.

Puppyhood is analogous to childhood, and the radical shift in child-rearing philosophy seems to have affected dog training too. If you were born in the ’60’s or ’70’s your parents made you play in the street until dark, you rode your bike everywhere and the dads got wasted at the Indian Guides campout while you lit each other on fire. Today, children are life-size petri dishes experimented upon daily by scientist-parents using state-of-the-art monitoring technology. That’s just how serious this puppy business has gotten.

But how hard could it be? As soon as ours got home, we would begin raising The Perfect Puppy.