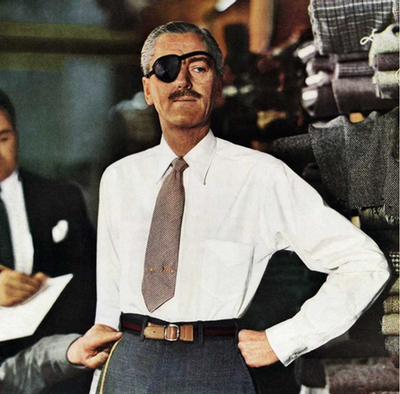 After dinner Waldo loves to play. To Waldo, “play” means jumping all over me while attempting to lick my ears. A good time is [generally] had by all.  Several days ago, however, Waldo’s leg met my eye with incredible velocity. I was initially blinded and crawled around on my hands and knees while moaning softly (or probably quite loudly, I’m a wuss when it comes to pain). It felt like glass shards were lacerating my eye.

After a trip to the ophthalmologist it turns out I will either a) die instantly or b) fully recover within 48 hours and don’t have a right to whine, a fact that is in no way stopping me from doing so, just ask Jack. I’m sporting a fetching black eye patch that gives me a fantastic excuse to explain to everyone in the grocery store how I barely escaped with my life.

When the dust settled I did have an epiphany of sorts. I remembered that I never felt mad at Waldo. How could I? He didn’t know what he was doing and would never try to hurt me (though the way he tortures gophers is indeed troubling). But what freaked me out is that I’m kinder to Waldo than I am to myself. Waldo makes a mistake; he’s instantly forgiven. I make a mistake and The Voice kicks in, the one that Ann Lamott calls Radio K-FUKD. “You idiot! How could you do that? What’s wrong with you? You’ve really done it now and boy are you gonna pay the price. Don’t you ever learn?”

I wouldn’t treat a dog the way I treat myself. And that realization stopped me in my tracks.